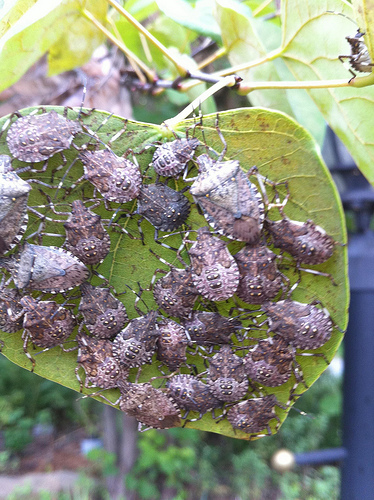 The dime-sized stink bugs have been infesting the homes and gardens of hundreds of thousands of people in the United States for the last several years. While causing damage worth of millions of dollars, it appears that they are getting out of control. Over $10 million have been spent by the U.S. Department of Agriculture to exterminate these stinky bugs but no positive results have been achieved so far. In order to contain these bugs, we need to first learn their habits and life cycle so that we may take effective steps to control their infestation.

The adult stink bugs live for several years leading an active life during spring season. They remain dormant in warmer places during colder weathers because they are cold-blooded and have to rely on external environment to maintain their temperature. The female stink bugs lay an array of eggs ranging from 30 to 100 under the leaves of low growing vegetation. These bugs produce up to four generations a year with the nymphs getting through five different stages while molting their soft skin after each stage.

On becoming adult, they appear to have developed a hard waxy shield, full-fledged wings, sharp piercing mouthparts and potent stink glands. This sturdy shielding and powerful flying wings protect them to such as extent that normal chemicals can do no harm to them. There are hundreds of species of stink bugs found in Asian countries as well as North America. Of them, the green stink bug and the brown marmorated stink bug are the two most dangerous pests. 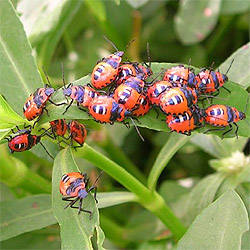 Having said this it is now easy to understand that stink bugs are attracted mainly by heat and light. During the summer season, they feed on a wide array of food crops. The most vulnerable crops are sweet corn, pears, apples, berries, grapes, tomatoes peaches, and peppers. Through their needle like mouthparts, they suck out the plant juices and inject them with their saliva. Resultantly plants become stunted and fruits discolored in addition to transmitting some plant diseases.

When it comes to getting rid of stink bugs, it is advisable not to crush or molest adult bugs for they emit appalling smell at such threats and attract more bugs. You can trace female bugs laying eggs in your garden to destroy their eggs; this will help you a great deal, because destroying eggs means prevention of four generations of stink bugs. As far as toxin insecticides are concerned, you can use insecticides such as Carbaryl, Permethrin, Sabadilla, Malathion, Pyrethrin, and Endosulfan - all have shown substantial effects regarding extermination of bugs. 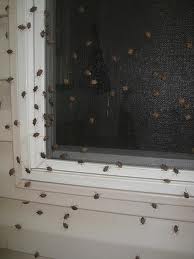 As far as the stink bug invasion in homes is concerned, it has been proved that these are over-wintering adults that hide in the homes in the state of hibernation during the winter season. Generally, they take advantage of cracks around windows and door trims, under or behind baseboards, and around exhaust fans or lights in the ceilings.

However, if some bugs slip through the cracks, never crush them because it will force them to eject foul smell which tempts other bugs to invade your home. The best possible way is to call professional exterminator who should also be informed whether you have small kids or pets at your home so that you may prevent your kids and pets from contracting bad effects of toxic chemicals.